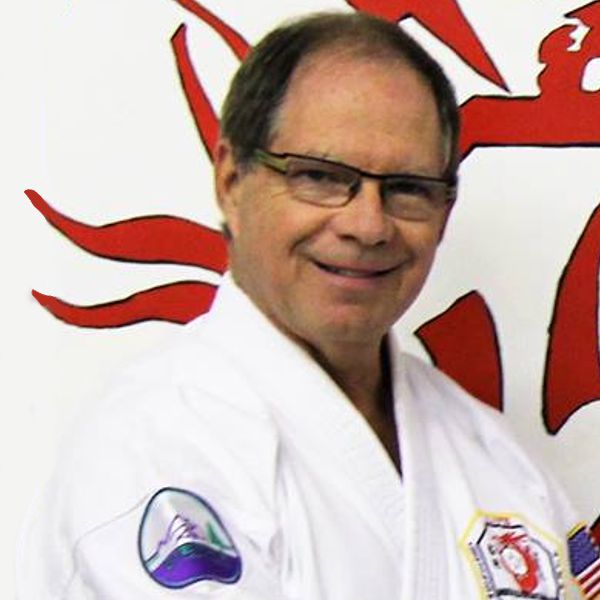 Hanshi John F. Chatwood has been active in the martial arts for over thirty years starting his martial arts career in Peoria, IL. He began his training under Master Douglas Grose in Shinto Yoshin Ryu Jiu-Jitsu, Shorei Ryu Karate and Shuri Ryu Karate. He has also studied and is ranked in Tae Kwon Do and Judo.<

Hanshi Chatwood established Sierra Jujitsu & Karate in 1995. He founded WIDS (Women’s Individual Defense Systems) in 1996. This program specializes in the unique and easily useable defense tactics available for women who are not involved in the martial arts. This seminar is a widely sought after and informative defense program for women.

Hanshi Chatwood has also been very active in Shin-Mei Shorin Ryu Karate under the instruction of Soke Dai Matt Molineux and Soke Mike Hancock. He is also a member of the International Okinawan Budo-Kai Association.

In October of 2004 Master Grose awarded Hanshi Chatwood a Menkyo Kaiden to be presented to him upon Master Grose’s death. He was hand picked by Master Grose to take over the leadership of the A.J.K.A.I.

Hanshi Chatwood has competed in and won numerous tournaments in both Karate and Jiu-Jitsu.

To contact John Chatwood and Sierra Jujitsu & Karate visit their listing on the Martial Arts Schools and Businesses Directory by clicking on the image on the left.