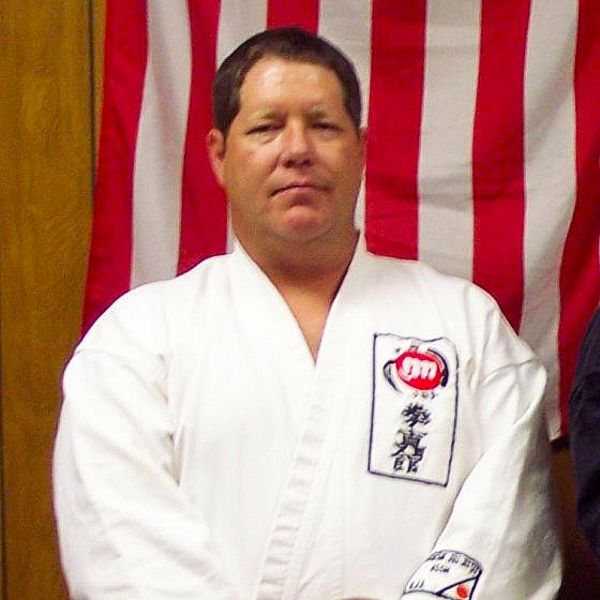 Hanshi Kevin Chatwood has been active in the martial arts for thirty-eight years and is certified in instructing police and military personnel. Along with his Instructor Master Douglas Grose (10th) Dan (1922 – 2006), Founder of the American Jiu-Jitsu Karate Association International ( Est. 1945), he has taught police and military personnel, private and corporate security teams and undercover law enforcement and professional bodyguards.

During the late 70’s and early 80’s Kevin Chatwood fought undefeated in tournament and professional kumite.

Kevin Chatwood is Vice-President of the AJKAI and is a Life member of the AJKAI, IOBK, UMAA, and associated with and is an advisor for numerous Martial Arts Organizations.

He is currently instructing private students and completing a book and DVD on Shinto Yoshin Jiu-Jitsu that was started with his Instructor.